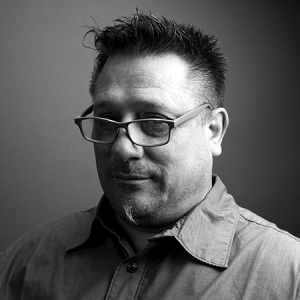 David Baird studied architecture at the University of Illinois, Champaign and received a Bachelor of Science in Architecture in 1987. From Illinois, he moved to Copenhagen, Denmark, where Baird studied and worked for a Danish design firm. Upon his return to the United States, David was offered an assistantship at the University of Arizona, Tucson, which he accepted. There he studied art and architecture and obtained a post-professional Master of Architecture Degree in 1991. Since graduation Baird has published over 25 academic papers, lectured at a dozen universities and has received major grants that support his architectural and artistic investigations. This work has been recognized by his peers, published and has received numerous awards.

Over his 20+ year academic career Baird has accumulated an uncommon body of design work and scholarship by serving clients of low to moderate means. He has done work in the squatter settlements on the Texas-Mexico border, Chicago’s Cabrini Green housing project as well as the Perkin’s Road Overpass and Old South Baton Rouge neighborhoods. Baird participated in recovery efforts in Southern Louisiana after Hurricane Katrina and the 2005 earthquake in the Khyber Pakhtunkhwa Provence of Pakistan. Baird has continued to do work in marginalized neighborhoods and communities through the UNLV Downtown Design Center.

In addition to receiving over 15 architectural design excellence awards, including a National AIA Small Projects Award, Baird has been a professional artist since 1990. His art work has been exhibited in over 50 venues across the country including seven museums. He has had solo exhibitions in Paris France, Mittersill, Austria and has a solo exhibit with over 40 works scheduled in Washington DC for the Summer of 2019. His art work has won several awards and has been recognized by Peter Frank–The Village Voice; Jane Aldin–Metropolitan Museum of Art, NYC; George P. Schneider–The Arts Institute of Chicago; Beth Handler—Museum of Modern Art, NYC, Phyllis Braff– New York Times; Fiona Ragheb—Guggenheim Museum, NYC; Helen Harrison– Pollack-Krasner House; Lisa Phillips and David Kiehl, Whitney Museum of American Art, NYC.

Having served as Director of the UNLV School of Architecture for over 6 years, David returned to the faculty in 2015 and currently holds the rank of Professor of Architecture in the UNLV College of Fine Arts which houses Nevada’s premier accredited design programs in Interior Architecture, Landscape Architecture & Planning and Architecture. He is also the co-founder and design director of +one design and construction – an award-winning firm. These platforms are an outlet for his passion and interest in socially responsible art and architecture. More information about David’s work and ideas can be found on his blog. 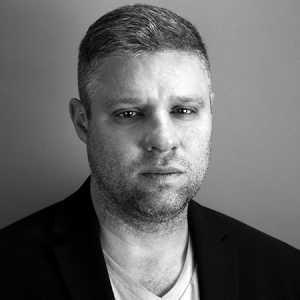 Joshua Vermillion, an associate professor in the School of Architecture at UNLV, coordinates the at-LAS Lab—a trans-disciplinary design-research group merging technology, industry-informed R&D, and community engagement. Forging a multi-year career in the exploration, development and execution of “Digital Craft,” his efforts in research, pedagogy and practice belong to three primary categories: digital information as medium (architectural applications of computational, parametric and algorithmic design); digital information as material (digital fabrication tools and techniques); and digital information as method (situated technologies, sensing, responsive systems, and robotics). Additionally, in recent years his teaching has also expanded to include beginning design foundations in a vision of earlier adoption and proficiency of digital technologies by students.

Prior to his appointment at UNLV, Joshua taught design studios, seminars and lecture courses at Ball State University’s Department of Architecture. While there—through a grant from the Eli Lilly Foundation—he co-founded i-MADE, an applied research and immersive learning institute focused on bringing students, faculty and design professionals together with regional industry partners to work on mutually-beneficial projects utilizing design, computation and fabrication. During the spring of 2014, Joshua was the invited Taylor Seminar Lecturer at the University of Calgary’s Faculty of Environmental Design. Prior to joining academe full time, Joshua worked professionally at several architecture firms including NBBJ’s Columbus Office.

Joshua is the Graduate Coordinator for UNLV’s Master of Architecture program. He has spoken worldwide and has published and presented peer-reviewed research at ACADIA, SIGRADI, eCAADe, ACSA, NCBDS, and ARCC conferences, as well as the International Journal of Architecture Computing. He co-authored and edited the recently published book Digital Design Exercises for Architecture Students with Jason S. Johnson (Routledge, 2016). As an educator, Joshua’s students have won design awards and competitions, and as a designer, Joshua’s collaborative work has been featured in diverse media outlets including WIRED, ArchDaily, AD, SUCKERPUNCH,Architect Magazine, Core10, and other magazines, books, and blogs. In 2017, the UNLV School of Architecture bestowed Joshua the Fielden Medal for contributions of excellence to architectural education.